Can Julian Assange be elected to Australia’s Parliament, and can Craig Thompson stay there? 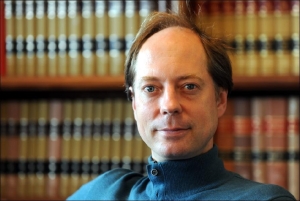 In the past week, one serving politician, Craig Thomson, was charged with a raft of complaints of fraud.  And one would-be politician, Julian Assange, affirmed his intention to stand for the Senate, come Australia’s federal elections, scheduled for September.

In different ways, each man’s position highlights quirks in an obscure, but important, branch of electoral law: the qualifications of MPs.  This branch is traceable to centuries-old Westminster concepts, some ossified in constitutional law, some found in recent statute law.

Thomson’s charges may be many and technical, but his position is simple.  Under Australia’s Constitution, if you are convicted of an offence whose head sentence is potentially greater than a year, which is the case with Thompson’s fraud charges, you are disqualified.  This metric reflects an old distinction between felonies and misdemeanours.

But Thomson’s charges won’t be near resolved before the election formally commences in August, so the point is moot.   If he were convicted sooner, the Speaker could summons a by-election or (more likely) let his seat lie fallow until the election.   An accused can also appeal.  There is recent English precedent that would allow the Speaker to delay a by-election to await an urgent appeal.

Assange’s position is less simple, but of greater general interest, as the widespread international attention given to his bid reveals.   His quest to be Senator Assange faces three hurdles:  two prior to the election, one after it.

The first concerns Assange’s electoral qualifications.  Lay people might assume a candidate must also be a voter, but that’s not true.  The Constitution merely requires that someone be ‘qualified to become [an] elector’.

Intuitively, the choice of a local representative should be neatly limited to a choice from the pool of local electors.  It seems odd to think of someone being an MP if they can’t vote.  But there may be reason to widen the choice.  Candidates are lampooned for standing in seats far from where they live, yet by standing they give voters a chance to vote for their party.

So, is Assange qualified?   This is where things get murky.  There are several barriers to ex-pats getting on the roll.   If you go overseas for more than three years, and weren’t registered as a voter before you left, it’s too late: you have to return to reside in Australia to register.  But is that a substantive qualification to being an elector, or a mere administrative qualification to enrolment?   The Act is literally obscure on this point.

It would be odd to conclude that someone could leave Australia for decades, lose their right to vote, yet still stand for parliament.  But, in Assange’s favour, why not read the legal ambiguity to enlarge, rather than reduce, political participation? The electoral commission or a court may take that more progressive approach.

The second hurdle is Assange’s status in London’s Ecuadorean Embassy.  Note the word ‘status’.  Assange needn’t set foot in Australia to campaign by You Tube; in any event, because there are 12 Senators who represent each state, rather than a particular district, they don’t campaign door-to-door: they rely on people voting for their party or ideology.  By assembling 500 local members, WikiLeaks can set up a party and recruit a running mate for a Senate ticket.

The Constitution, in archaic language however, forbids candidates and MPs who are ‘entitled to the rights or privileges … of a foreign power’.  Assange is no foreign citizen; and I’m no international law expert.  But in publicly declaring that Australia failed to give him proper protection, and in seeking Ecuador’s, there is an obvious argument Assange enjoys such privileges.

That however, mightn’t keep him off the ballot.  Assange could emerge from Ecuador’s umbrella before nominations are called.  And the AEC doesn’t usually snoop behind citizenship issues, in which case the major parties may seek a court decision before the election.  They certainly would challenge the election afterwards, if Assange won.

What then if he manages to attract the 14% of votes – after preferences – required to be elected as a Senator (a quota set by the fact that there are six Senators up for election in each state).  The short answer is that Assange would reap the glory, but his running mate would take the seat.

If the Court of Disputed Returns ruled Assange ineligible to be a candidate, either because of his lack of enrolment or his Ecuadorean asylum, his running mate would inherit the seat on a countback.  Otherwise, assuming he is still on the lam in mid-2014 when the new Senate term begins, there is a third and final hurdle, in the comic scenario of Assange being unable to return to be physically sworn in, or to sit.  A State parliament would then anoint a replacement named by the WikiLeaks party.

Cynics will ask ‘Why bother?  Is it just ego?’    People stand for parliament for many reasons.  Drawing attention to WikiLeaks’ cause is as valid as any.  Assange may hope to be free before mid-2014.  If not, well, he likes embarrassing governments (although being a candidate offers no international immunity).  Then, finally, there are the spoils of popularity:  every Senate vote earns $2.50 in public funding, and WikiLeaks is cash-starved.

We can glean a few electoral law lessons from Assange’s position.   It’s a dodgy constitutional principle that treats Australian citizens’ right to stand chauvinistically, merely because of relations with another country.  Enrolment qualifications, however, have a point.  If you lack a recent address in Australia, it’s hard to know what State you ought to be able to represent as a Senator.  Could cyber-citizen Assange prove the model of the future representative, untethered to soil and representing a virtual community?

Graeme Orr is Professor of Law at the University of Queensland and author of The Law of Politics.  Disclosure:  Graeme gave some pro bono advice to the Assange team in 2012.

12 responses to “Can Julian Assange be elected to Australia’s Parliament, and can Craig Thompson stay there?”