Yesterday’s High Court case concerning the fate of Tamil asylum seekers detained at sea by Australian authorities has been adjourned until Friday.

The case raises a range of legal questions. These go to the legality of the Australian Government’s policy towards, and treatment of, asylum seekers. They also go to broader questions concerning the relationship between Australian domestic law and international law.

When it comes to dealing with asylum seekers, the Australian Government has three principal sources of power.

The most commonly-used is the Migration Act 1958. Under this law, Australian officials are empowered (and in some circumstances obliged) to detain people in Australian waters who do not have visas. 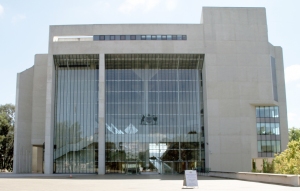 This does not seem to be directly relevant in the current matter, though, as the asylum seekers were not detained within Australian waters. This is why the Solicitor-General, representing the Australian Government in the court case, stated that the asylum seekers “have no rights under the act”. The flip side of that claim is that Australian officials have no powers under the Migration Act either. The Migration Act may be indirectly relevant, though, as will be explained shortly.

There is another piece of legislation that does seem to be directly in play. The Maritime Powers Act 2013 gives Australian customs, police and defence personnel a range of powers for “administering or ensuring compliance with” the Migration Act (as well as other laws that deal with Australia’s borders and maritime interests, such as the Customs Act 1901 and the Fisheries Management Act 1991). These include powers to board vessels, to detain vessels, and to detain the people on a detained vessel. There is even a power to take a person who has been detained in this way to any place inside or outside Australia. It may be that the Australian authorities who are detaining these asylum seekers are using these powers to do so.

The Maritime Powers Act has built in limitations, however. For instance, if the powers are to be exercised in relation to a foreign ship outside Australian waters, then they must comply with one or more of a range of complicated requirements set out in section 41 of the Act. Near the start of the Act there is a guide that explains the logic of section 41: “In accordance with international law, the exercise of powers is limited in places outside Australia.” In other words, the section 41 requirements are intended to ensure that the when Australian authorities draw upon the Act to exercise powers outside Australia, they do not go beyond what is permitted by international law.

An example is provided by section 41(c)(i), which allows the exercise of powers under the Act “in the contiguous zone of Australia” in order to “prevent a contravention” of “a customs, fiscal, immigration or sanitary law”. This is a reference to the United Nations Convention on the Law of the Sea (UNCLOS), which defines the “contiguous zone” as the seas extending an additional 12 nautical miles beyond the territorial waters, and which authorises countries to exercise power within the contiguous zone if that is necessary to “prevent infringement of its customs, fiscal, immigration or sanitary laws and regulations within its territory or territorial sea.”

In the High Court hearing yesterday, the Solicitor-General stated that the asylum seekers had been intercepted in the contiguous zone. This suggests the following argument for the legality of the interception: the asylum seekers were believed to be intending to contravene Australia’s immigration laws, by entering Australia without a visa; hence the Australian authorities exercised power under the Maritime Powers Act to prevent that threatened contravention.

However, there are at least two challenges to this argument. First, it may be that a country’s international legal rights to enforce its migration laws are constrained in some fashion by its international legal duties owed to refugees. The Maritime Powers Act does not state any such constraint explicitly. But given that it is clearly intended to confer powers in conformity with international law, to the extent that section 41 uses language taken straight from UNCLOS, there may be an argument that on a proper interpretation the Act does include such constraints. Thus, the powers under the Act may not extend to taking asylum seekers back to the country from which they are fleeing.

Second, the exercise of power under the Maritime Powers Act must relate to a contravention of the Migration Act. And the Migration Act, despite much amendment over the past 14 or so years, still contains clear commitments to give effect to Australia’s obligations under the Refugee Convention. This suggests that taking the detained asylum seekers back to the country from which they are fleeing would not be “administering or ensuring compliance with” the Migration Act.

If it should turn out that the detention of these asylum seekers is not authorised by the Maritime Powers Act, then the third source of power comes into play. This is the power the Australian Government enjoys under section 61 of the Constitution to act as the national government of Australia. The Australian Government used this power in 2001 when it took the asylum seekers who had been rescued by the MV Tampa out of Australian waters to Nauru and New Zealand.

The legal argument over those earlier events was heard in the Federal Court. The most important judgement was given by Justice French, who is now the Chief Justice of the High Court. Justice French said the following:

[T]he executive power of the Commonwealth … would extend to a power to prevent the entry of non-citizens and to do such things as are necessary to effect such exclusion… The power to determine who may come into Australia is so central to its sovereignty that it is not to be supposed that the Government of the nation would lack under the power conferred upon it directly by the Constitution, the ability to prevent people not part of the Australia community, from entering.

In the same judgement, Justice French reiterated the fundamental legal principle that Australian law does not enable the government simply to detain people that it doesn’t like: “the common law of Australia knows no lettre de cachet or executive warrant pursuant to which either citizen or alien can be deprived of his freedom by mere administrative decision or action”. But he took the view that the Tampa case did not involve detention:

[T]he actions of the Commonwealth [in taking the asylum seekers to Nauru and New Zealand] were properly incidental to preventing the rescuees from landing in Australian territory where they had no right to go. Their inability to go elsewhere derived from circumstances which did not come from any action on the part of the Commonwealth.… The Nauru/NZ arrangements of themselves provided the only practical exit from the situation. Those arrangements did not constitute a restraint upon freedom attributable to the Commonwealth … [N]othing done by the Commonwealth amounted to a restraint upon their freedom, they having neither right nor freedom to travel to Australia.

Although the circumstances surrounding the present case are unclear, it seems that the Australian authorities have detained these asylum seekers. If, then, it turns out that the detention is not authorised under the Maritime Powers Act, the High Court will have to decide whether the Constitution permits the Australian Government to detain them, and perhaps take them back to the very place from which they are fleeing. Answering this question would require addressing fundamental constitutional questions about the nature of a government’s power, and the relationship between Australia’s constitutional law and international law. If these questions do have to be answered, getting the right answer will be crucial not only for the detained asylum seekers, but for all of us – Australians and non-citizens – whose lives are affected by the Australian Government’s powers.

Dr Patrick Emerton is an Associate of the Castan Centre and a Senior Lecturer in the Monash Faculty of Law.

Leave a Reply to something Cancel reply