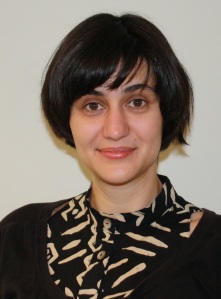 In Kiobel v Royal Dutch Petroleum the Court decided that an idiosyncratic US law dating from 1789, the Alien Tort Statute (ATS), does not apply to events that occur in the territories of other states. The ATS, which provides for “any civil action by an alien for a tort only, committed in violation of the law of nations or a treaty of the United States”, has been used by victims of human rights abuses around the globe to seek a remedy for their harms in US courts.

This is a significant blow not only to the plaintiffs in this case. It is a blow to human rights enforcement broadly and has left human rights advocates asking, where to next?

The Kiobel case addressed the right of a group of Nigerian nationals to sue Dutch, UK and Nigerian companies known collectively as Shell in US courts for aiding and abetting human rights violations that occurred in Nigeria – including torture, extrajudicial executions, and crimes against humanity. The plaintiffs were victims of violence directed against them by the Nigerian military in the 1990s for protesting the operations of the foreign companies in their communities.

I have blogged about the case previously here and here.

The majority (5-4) was concerned that cases, like Kiobel, with little to no link to the United States may create tensions with other states. There should therefore, they said, be a strong presumption against the extraterritorial reach of the ATS law.

To support this they point to official complaints about ATS suits made by the governments of Canada, Germany, Indonesia, Papua New Guinea and the United Kingdom among others. They failed to mention cases where states had supported similar suits, such as South Africa supporting US based litigation of foreign corporations that had participated in apartheid.

The majority did hold that an extraterritorial suit could proceed where the circumstances somehow ‘touch and concern the territory of the United States … with sufficient force’. This leaves open the question as to what circumstances might do so.

While the plaintiffs in Kiobel were granted political asylum and now live in the United States and the foreign companies have some presence there through market trading and offices, the Court determined that this was not enough to trigger jurisdiction.

The majority’s reasoning that such cases may inflame tensions with other states initially seems sound. One state adjudicating events occurring in another state raises sovereignty concerns.

However the argument is weaker when one considers that the ATS enforces only international norms that are sufficiently accepted by all states, such as prohibitions against torture and crimes against humanity.

If all states accept these rules, how then is there a risk of a clash or interference? While not directly addressed in the judgment, the answer may lie in the details of how US law would enforce these norms, such as the procedural rules that would apply. The fact that one state is looking into violations that may involve the acquiescence of another state may also raise ire.

But this latter factor is the very reason why laws like the ATS are so crucial.

However increasingly cases have been brought against companies generally incorporated in the global North for human rights violations connected to their business operations in the global South. Cases include allegations against ExxonMobil for violence committed by Indonesian soldiers it hired to provide security; against Unocal for the use of forced labour in its Burmese operations; and against Talisman Energy for assisting in the forced relocation of people from sites intended for oil operations in Sudan.

The difficulty of obtaining legal redress for violations of human rights in these kinds of cases has been confirmed by United Nations Special Representative on Business and Human Rights, John Ruggie, following his six year mandate to investigate the situation in the global economy. Incidentally, Ruggie petitioned in Kiobel that the ATS was defensible in international law.

In perhaps the cruellest irony for victims, the fact that other countries lack equivalent statutes to the ATS stood against the plaintiffs in this case. In the court’s decision, the majority state ‘…there is no indication that the ATS was passed to make the United States a uniquely hospitable forum for the enforcement of international norms’.

While certainly a blow, the decision in Kiobel does not constitute an end game in relation to international human rights litigation.

First, the minority judgment in Kiobel placed lesser restrictions on the ATS. Lead by Justice Breyer, four of the judges held that the ATS does apply to conduct taking place in other states provided the defendant is a US national or the defendants’ conduct substantially and adversely affects an important US national interest.

The latter includes preventing the US from becoming a safe habour for torturers or other violators of core international human rights norms. A corporation’s limited commercial presence in the US will be insufficient to show this. In the right circumstances the ATS will have some utility as a tool of human rights enforcement, albeit far less in relation to non-US corporate global operations than previously believed.

Additionally, there are a growing number of states introducing laws addressing the same conduct contemplated by the ATS that, if used, enable extraterritorial prosecution or litigation of human rights violations. In that sense the US may in the longer term be seen to have gone from leading, to lagging behind, an emerging international trend.

Victim groups have vowed to continue to pursue individuals and corporations implicated in human rights abuses through US, and other, judicial avenues, testing the boundaries of ordinary tort law if necessary.

Kiobel is thus likely to prompt new creativity in international human rights litigation in the future.

This blog first appeared as an article here on New Matilda.