Racism demands action from all of us 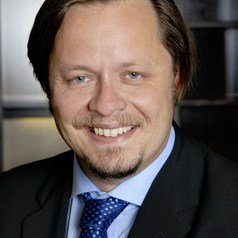 Last week we saw another high-profile incident of racism, this time involving ABC journalist Jeremy Fernandez, who allegedly received a tirade of defamatory and racist abuse from a Caucasian woman after commenting that her daughter was poking him from the seat behind.

One particularly abhorrent aspect of the incident was that children were present – both his daughter and a daughter of the perpetrator. Appalling as the incident was, we shouldn’t be surprised – particularly when we look at some of the evidence about the prevalence and impact of racism on young people in Australia.

In 2009 the Foundation for Young Australians and Deakin University published a study of more than 800 young people in Australia in which they found that more than 70 per cent had experienced some form of racism.

Another study published in 2009 by the Foundation for Young Australians on youth attitudes to racism found that people aged 18 to 24 were more accepting than the overall population of aspects of multiculturalism such as inter-racial marriage. Just over a quarter of those surveyed indicated a belief that some groups do not ”fit” into Australian society.

Another disturbing dimension of Fernandez’s experience was that not only did the bus driver fail to intervene but allegedly told him ”It’s your fault, mate. You could have moved.” An attitude persists in which those at the receiving end of racism are expected to manage the problem by moving to another place – perhaps to a place where they ”fit in”.

In Fernandez’s case, this is presumably somewhere out of the way of the Caucasian responsible for the racist abuse. But in a society whose history is forged by cultural diversity, and which apparently rejects racial exclusion, where is it that this man and his daughter should sit?

A second implication arises from the inaction of the bus driver: the ”bystander effect”. What is it that makes some people not intervene in these situations in which someone is experiencing bullying, violence or abuse?

The FYA/Deakin study found that in schools just over half of students would report racism to a teacher, while less than a third would approach their school counsellor. Twelve per cent would report it to police, while some would approach a health professional. Many young people who experience racism take no action in response. Lack of trust is one key reason. Robert, a boy born in Montenegro, said: ”All I know is I don’t trust no one, even if you’re my closest friend … ‘Cause everyone can do the dirty on you …”

It is hard for people to stand up when they are unsure if those around them will assist. And those who are in a position to assist may be too scared for the same reason. This is the bystander effect.

Organisations such as the Australian Human Rights Commission have been developing strategies targeting those present in these kinds of incidents who are neither the direct perpetrator nor recipient of abuse. At the foundation of these strategies is a belief in the idea that inasmuch as we all have rights and responsibilities, such as travelling on a bus and feeling safe while doing so, we also have a duty to respect and protect the rights of others.

Fernandez referred to the incident last week as his ”Rosa Parks moment”, referring to the incident in 1955 when the African American woman refused to give up her seat in a bus to a white person. This incident became a symbolic catalyst for change that was propelled by the civil rights movement in the US.

Today in Australia, we are still seeking to articulate ways of addressing and regulating racist behaviour and other forms of discrimination and prejudice through actions such as the recently proposed and controversial anti-discrimination laws. But these represent a response to only part of the problem. The cultural and attitudinal contexts in which racism takes place are complex, persistent and deeply rooted in how we define identity and belonging.

The evidence outlined above suggest that not only is racism pervasive in the places where young people live, such as schools and local neighbourhoods, but is also related to how they define who ”fits” in society and who doesn’t. And while the language of policy around multiculturalism and cultural rights are under fierce debate, we have yet to articulate another means of describing and therefore addressing widespread racism in Australia today.

Finding ways to address the bystander effect is an important part of how we can address racism. Another is to unambiguously affirm and nurture the cultures of diversity that must be present if the rights and other forms of legal recognition of diversity are to have any practical meaning in the everyday life of Australians, young and old.

Schools are a good place to start. And we must do more than recognising this through the conventional ”food and festivals” or one-off events like Harmony Day. We are talking about the very fabric of identity and society in contemporary life.

Associate Professor Lucas Walsh is associate dean of education at Monash University (Berwick) and senior research fellow at the Foundation for Young Australians. This opinion piece first appeared in The Age on 13 February 2013. Read it here.

One response to “Racism demands action from all of us”