Transparency and accountability – is the UN leading by example? 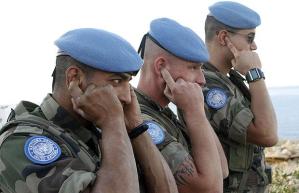 Last Friday (the 13th, appropriately enough given the bleak news), the Supreme Court of the Netherlands ruled that the Women (aka Mothers) of Srebrenica could not sue the United Nations (UN) for failing to protect their families during the well-documented 1995 massacre.

There are at least two ways to look at this.

One is through the lens of diplomatic immunity, which – through long-standing customary international law and treaties – holds that many agents of governments and international organisations are legally immune for acts done (or not done) in the course of their official duties (known as functional immunity). Some are even immune for private acts as well, if they have what is known as status immunity – ie immunity due to their position. There are also special treaties for UN and associated agencies’ personnel, which have been around since the early days of the organisation itself. Broadly speaking, the idea of this kind of immunity is to free diplomats and UN staff from having to worry about liability in national courts so they can get on with the business of diplomacy or maintaining international peace and security through the development of friendly relations among nations. It rests on the notion that each country is sovereign and none has jurisdiction over another. International organisations, therefore, also gain a measure of sovereignty through these arrangements.

However, since the Pinochet case of the late 90s, which held that diplomatic immunity should not apply when the acts in question amount to a crime against humanity (such as torture), this area of law has become very contentious. The fundamental question is whether some heinous and large-scale crimes, which usually only governments are capable of committing, should attract the same immunity as less serious crimes and infringements.

Obviously, this is a weighty subject, and this blog does not presume to treat it in detail. There is plenty to read if you wish to delve deeper.

In terms of diplomatic immunity, the Dutch decision was orthodox and upheld the letter of the 1946 Convention on the Privileges and Immunities of the United Nations. However, there is another perspective from which the court’s ruling should be considered. The UN tirelessly promotes transparency and accountability for governments and other actors on the international stage such as multinational corporations – indeed that is the primary goal of its human rights apparatus. Yet it has more than a few issues when it comes to internal probity – just google ‘united nations accountability’ to see what I mean.

As you can see, the UN is dealing with accusations of insufficient transparency and accountability on a number of fronts, but since the Srebrenica case was about the actions of peacekeepers, it seems appropriate to focus on those. According to the UN itself, all staff of peace operations have the responsibility to ensure the protection and promotion of human rights through their work. The lawyer for the Mothers of Srebrenica Axel Hagedorn asks, if this is the case, why this responsibility can never be enforced due to the immunity Convention. As he puts it: “The [UN] is the only organisation in the world that is legally uncontrolled and above the law…. How can a worldwide organisation seeking to protect human rights not be bound by these human rights standards itself?” Although rhetorical, there is more than one answer to Mr Hagedorn’s question. If the UN feared civil and/or criminal liability might be sheeted home to peacekeepers, it could be more reluctant to send them into trouble zones in the future. A lower Dutch court actually adverted to this possibility in a 2008 ruling. Additionally, absence of immunity might expose UN personnel of all stripes to politically-charged court action in places where the organisation is unpopular – of which a long list could be made.

In the Srebrenica case, the peacekeepers stood accused of failing to protect human rights and the UN faced a civil suit. Would it still be immune if the charges were criminal and peacekeepers were the alleged perpetrators? A 2009 report by the US think tank the Stimson Center makes for enlightening reading. In Cambodia in 1992-3, at least 40 UN police were sent home for disciplinary reasons. In Bosnia, peacekeepers were said to have sold fuel and supplies at hugely inflated rates on the black market and to have frequented bars where women were held in sexual servitude. Forced prostitution also became a big problem in Kosovo around the same time, and more UN police had to be repatriated as a result (Amnesty has also documented a litany of problems with the UN Mission in Kosovo over the past decade).

In 2001-5, peacekeepers in East Timor, the Democratic Republic of the Congo, Haiti, the Ivory Coast and Liberia were accused of serious sex offences against the local population (sometimes known as the ‘sex-for-food-scandal’). This prompted the Secretary-General to engage personally and set up a task force to combat what was termed ‘SEA’ (sexual exploitation and abuse). The Security Council also passed a relevant resolution in 2008. The Stimson Center acknowledges such efforts, but notes the persistence of reports of other criminal activity associated with UN personnel and concludes that ‘the lack of criminal accountability remains.’ Recent reports support this conclusion, and add the UN has little capacity to follow cases up after repatriation, meaning even serious crimes are rarely appropriately punished. Ex-insiders have also suggested that capacity is not the only problem. Various solutions, including on-site courts-martial and waivers of immunity, have been recommended, but not (yet) adopted.

Once again this is a massively complex area, but the overall impression is that the UN has difficulty holding its own personnel to the same standards it demands of others.

While UN immunity remains an impregnable barrier, other Srebrenica victims have successfully sued the Dutch Government for failing to protect their loved ones. The Dutch Court of Appeal held that, although under UN mandate, the peacekeepers in question were still effectively under the control of the government, which was therefore responsible for their wrongful acts. Does this mark a turning point in accountability for peacekeepers? Only time will tell. One thing seems certain though – the UN itself is likely to enjoy its uniquely privileged legal position for the foreseeable future.

One response to “Transparency and accountability – is the UN leading by example?”